INCISE and Fo Guang Shan (FGS) London co-organised a forum and conference on the 27th of January at Canterbury Christ Church University.

At the opening of the forum, a donation for the library was made to the University and INCISE if the form of a 20 volume encyclopedia of Buddhist Arts edited by a team under the auspices of grand-master Hsing Yun, the founder of FGS, featuring approximately 10,000 entries and 14,000 illustrations in eight categories including architecture, caves, and sculptures. 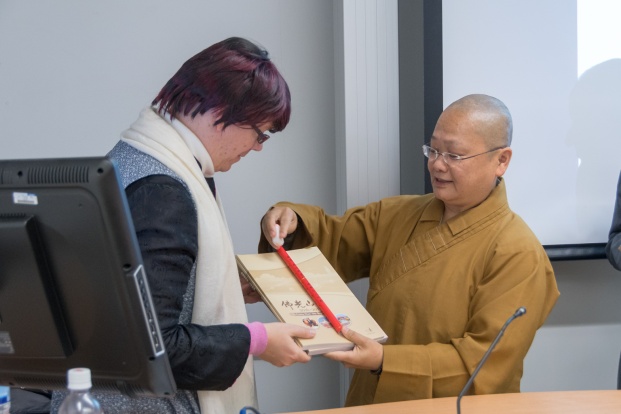 The University and the Intersectional Centre for Inclusion and Social Justice (INCISE) have received a precious library donation from Fo Guang Shan (FGS), a charitable Buddhist organisation with over one million followers worldwide.

Distinguished FGS dignitaries including Ven. Man Qian, the organisation’s global ‘number two’ and abbess of FGS Europe, and Ven. Miao Shiang, abbess of FGS UK, presented INCISE and the University with the encyclopedia, which was gratefully accepted by the Deputy Vice-Chancellor, Professor David Shepherd, and INCISE Director, Professor Bee Scherer.

Bee said: “This is the first official collaboration between FGS and INCISE. I am overjoyed by this generous gift; only a few libraries in the UK and the world hold a copy of this precious encyclopedia. It will be an invaluable aid to future generations of students and researchers at INCISE and the University.”

Three speakers were invited to give a talk at the morning session. These were the President of the UK Association of Buddhist Studies, and INCISE visiting researcher, Dr Cathy Cantwell, who spoke on Tibetan Medicine and Ritual; Dr Fiona Kumari Campbell (Dundee) discussing Disability in Theravadan Buddhism; and the Head of Religious Studies at the University of Kent, Professor Richard King with the subject of Global Mindfulness. 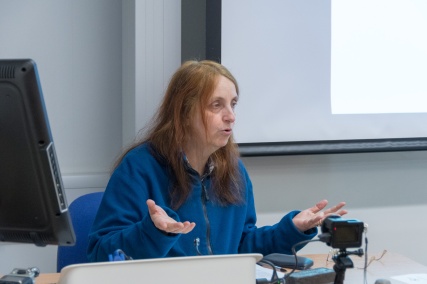 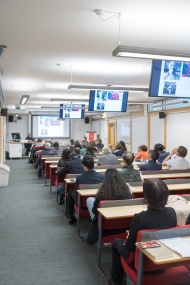 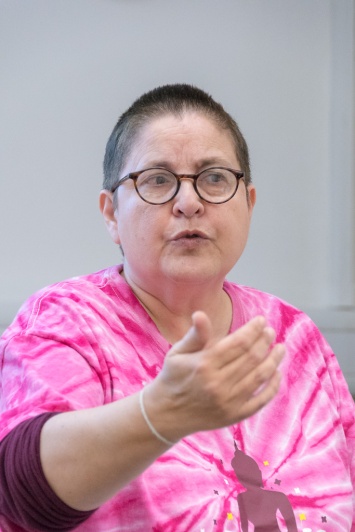 After lunch Venerable Miaolung of Fo Guang Shan London opened the afternoon workshop and BLIA volunteers and LBRSG and YAD members took to the stage, professionally introducing each section.

The first section on Buddhist chanting or Fan-Bei discussed Do ritual participants recognise Fan-Bei as ‘music’? (Chiawei Chou). A further presentation talked about 3 Ideas of Buddhism Music – different perspectives on Buddhist chanting (Gutian Zou). After which we were introduced to the origin, meaning and benefits of the mani mantra (Lestin -Xiaogang- Liu). This section ended with a beautiful example of chanting the mani mantra. 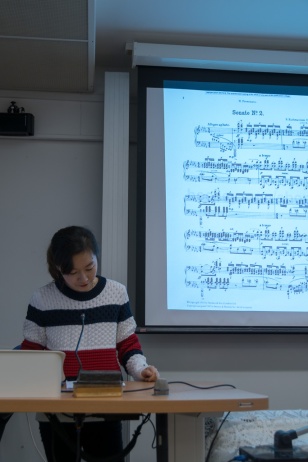 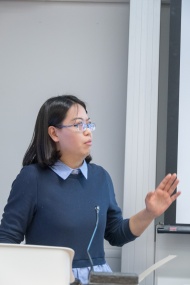 In the final session we were treated to a presentation on the history of Chinese Buddhist Seals with wonderful pictures of examples straight from the Buddhist Encyclopedia – Volume 17 (Maisie Astbury). After this introduction a master seal maker talked us through his process of turning a piece of jade into an intricate seal.

After this, film students from Goldsmith University London, who filmed the workshop throughout, talked about their documentary on Fo Guang Shan London as their final year project and gave two short tasters of the film. 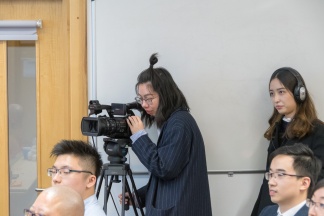 Venerable Miaolung and professor Bee Scherer closed the afternoon session with a short thanks to all speakers and all those who attended, and to mark the occasion people posed for a group photo.

Variable Bodies, No Self: Toward a Socially Engaged Buddhist ‘Theology’ of ‘Disability’
by Professor Bee Scherer (Director of INCISE at Canterbury Christ Church University)

Invited presentation delivered at the 2016 International Conference of the Korean Society for Literature and Religion (6 July 2016, Sahmyook University)

For a longer treatment of the subject (now published) see:

My Tweets
Follow Intersectional Centre for Inclusion and Social Justice on WordPress.com